Eventhough I have relatives in Stockholm, it has been many years since I last went to this lovely capital of Sweden. This time the purpose of the visit was a very special occasion – my moms aunt was celebrating her 90 year birthday. Apart from the celebrations, I of course also took my chance to see a bit of Stockholm while there. From the flat of my mom’s aunt at Henriksdalsberget (57 m. – highest point in Stockholm) is an amazing view over the city.

To get to Stockholm from Jylland (Jutland), Denmark, we first took the ferry from Grenå to Varberg on the way over and on the way back the ferry from Göteborg to Frederikshavn. We arrived with the ferry in Varberg in the evening and ahead of me was a drive of 500 km to Stockholm, but since I have absolutely no fear of driving even long distances, and the roads are very good and almost without traffic at that hour, the only thing I had to slow down for was the fixed speed control cameras. 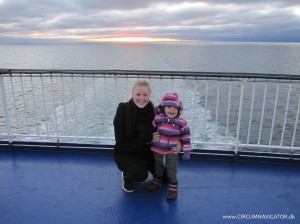 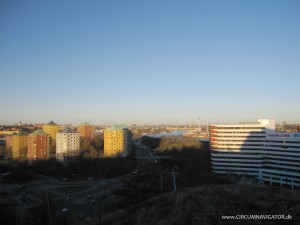 The swedish royals don’t actually live in this immense royal palace with 600 rooms in the middle of Stockholm. It is used for representative meetings, dinners and guest rooms for visitors to the royal family. When not in use, it is open for the public and surely worth a visit.

Outside the palace is the Changing of the Guard at 12.15 pm on Saturdays. 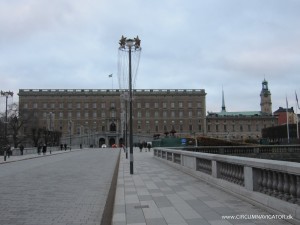 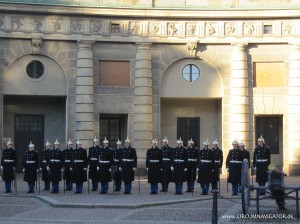 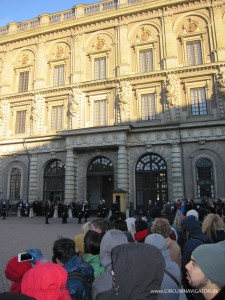 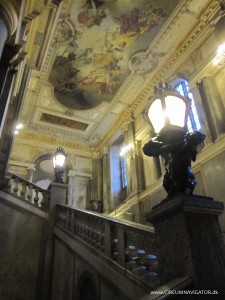 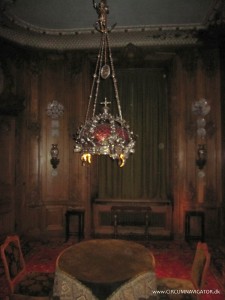 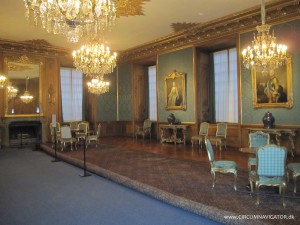 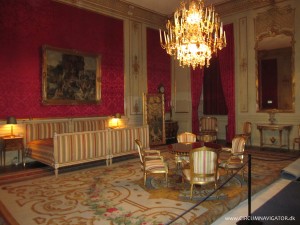 Do reserve time to visit the Old Town (Gamla Stan) of Stockholm. This very charming part of the city with many interesting smaller shops is located on the same island as the royal palace. Actually almost everything is within walking distance in the center of Stockholm, but beware of all the canals with water. It is not for nothing that Stockholm is also called the ‘Venice of the North’. 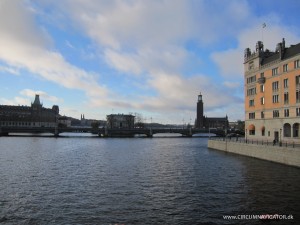 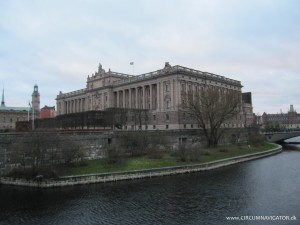 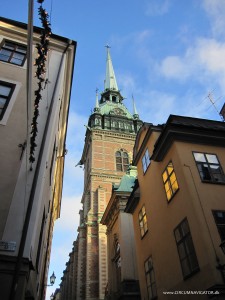 Many of the more modern chain shops and department stores are found in the walking zone Drottninggatan and near Sergels Torg, but in other parts of the city that I didn’t have the time to visit, there are also many interesting shops. But please note that things are not cheap compared to other European countries, and especially visiting restaurants can be a costly affair.

If you, as I was, are in Stockholm around Xmas, then there is a cozy little Xmas market  at  Stortorget in Gamla Stan. 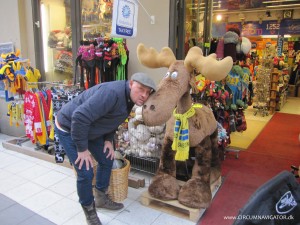 The museum holding the majestic Vasa ship is located in the green area Djurgården, where also other museums are found. I would love to go to this area during the summer time also. To get here, we caught the little ferry, Djurgårdsfärjan, from Slussen close to Gamla Stan. Even though it was frosty cold, it was a sunny day with a lovely view on Stockholm from the sea.

The Vasa Ship is absolutely amazing. On 10th of August 1628, the war ship Vasa set sail for her maiden voyage but mainly due to badly construction after only sailing some 100 meters, she sank with around 100 men and women on board to the bottom of Saltsjön. It wasn’t until 1961 that the wreck was salvaged. It now stands reconstructed and 98 per cent original in the museum that also tell the story about life in the 17th century Sweden. 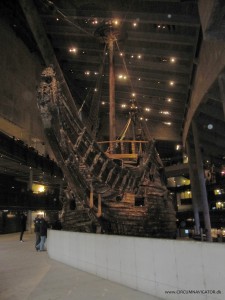 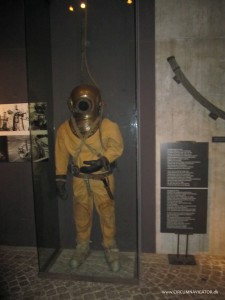 It is suggested to first watch the film about the Vasa ship before you start the tour around the museum in many levels giving you the perfect possibility to admire the fantastic ship with beautiful wood carvings and craftsmanship. 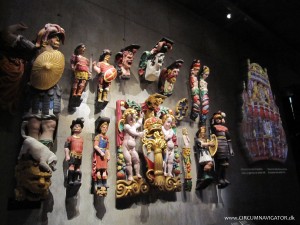 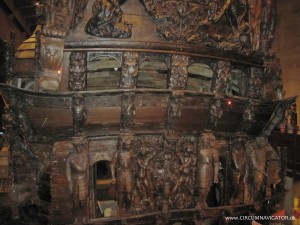 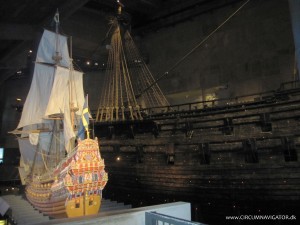 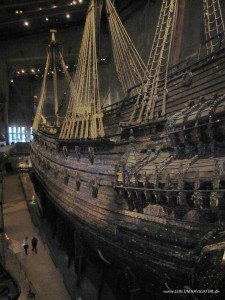 After a great morning time-tripping back to the 17th century, we took the tram no. 7 departing from outside the Nordiska Museet back to the city center, Sergels Torg. Please note that it is not possible to buy bus tickets in the bus. Go instead to a kiosk and buy a card that you charge with money or is valid for a specific period.

A short lesson in Swedish

The Swede is a person of few words. 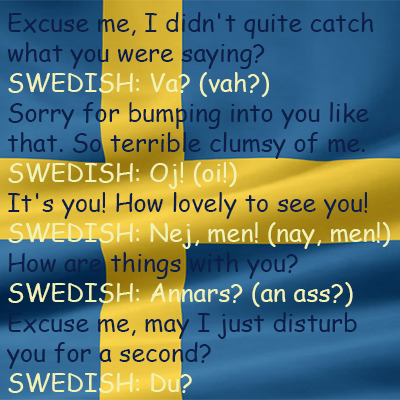 Are you searching for more information about cities in Scandinavia, then please also visit my short guide to (almost) free things to do in Copenhagen and Aarhus, Denmark.

One thought on “A long and lovely weekend in Stockholm”